Imagine you have already traveled everywhere on our planet. There is nothing new to discover. You’ve witnessed the Aurora Borealis from the Artic and climbed to the top of Mount Everest. You’ve swum with sharks, had safaris around the Savannah and ran with the bulls. The only place left to visit is outer space. If you are lucky enough to be able to afford it, space tourism looks like it’s just around the corner.

The idea of space tourism wasn’t considered real a few decades ago. During the 1960s, space exploration was entirely under the control of government-run agencies, namely the U.S. and the Soviet Union. The two super-powers competed in the 1960s and 70s in what is known as the “Space Race.” It was a test of each nation’s intelligence and strength.

Over time, a different kind of super-power discovered space might be within their rich. In 2001, Dennis Tito, an American businessman, with no space travel experience, was the first to pay (around $20 million) to go into space, making him the first space tourist. Experts all agree that this was the moment when the commercial space race started. Tito inspired a generation of CEOs and billionaires to strive to reach the last frontier. In 2004, the U.S. made this easier to accomplish when it officially legalized private space travel. Before 2004, some laws had made it easier for companies to build space crafts and launching pads mostly as they related to satellites and telecommunications. This bill made it possible to privatize human space travel. Only six months before George W. Bush officially signed the 2004 bill into law, the first privately funded spacecraft left earth’s orbit, partly financed by Microsoft’s co-founder Paul G. Allen. The very first major opening for private companies to step into space travel happened in 2011 when, after 30 years of operation, NASA officially ended its space shuttle program. The Obama administration decided to relaunch the program, choosing to direct more funding to private companies looking to build new space ships. The move was intended to begin an era of public-private partnerships between private space companies and NASA.

In the U.S., the space travel industry is thriving. In 2012, a private American aerospace manufacturer sent the first commercially-built vehicle to carry cargo to the International Space Station, a task which only government-run agencies had ever done before.

Questions and concerns galore and need to be addressed before the private space industry can be fully launched. Virgin Galactic’s 2014 crash highlighted just how difficult and risky it can be to launch successful and safe space vehicles. The risky nature of such projects, not to mention the lack of international treaties and laws to govern space, makes the prospect of running a viable space travel business much more difficult.

Whether or not it is a good idea to leave space exploration up to a generation of big-dreaming entrepreneurs, it’s happening. If you are a thrill-seeking adventurer, you need to start asking yourself if the price tag for space travel is worth it.

Geography: What is it for? 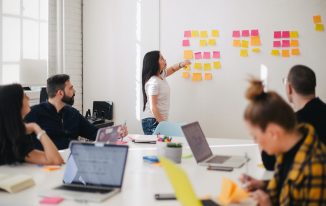