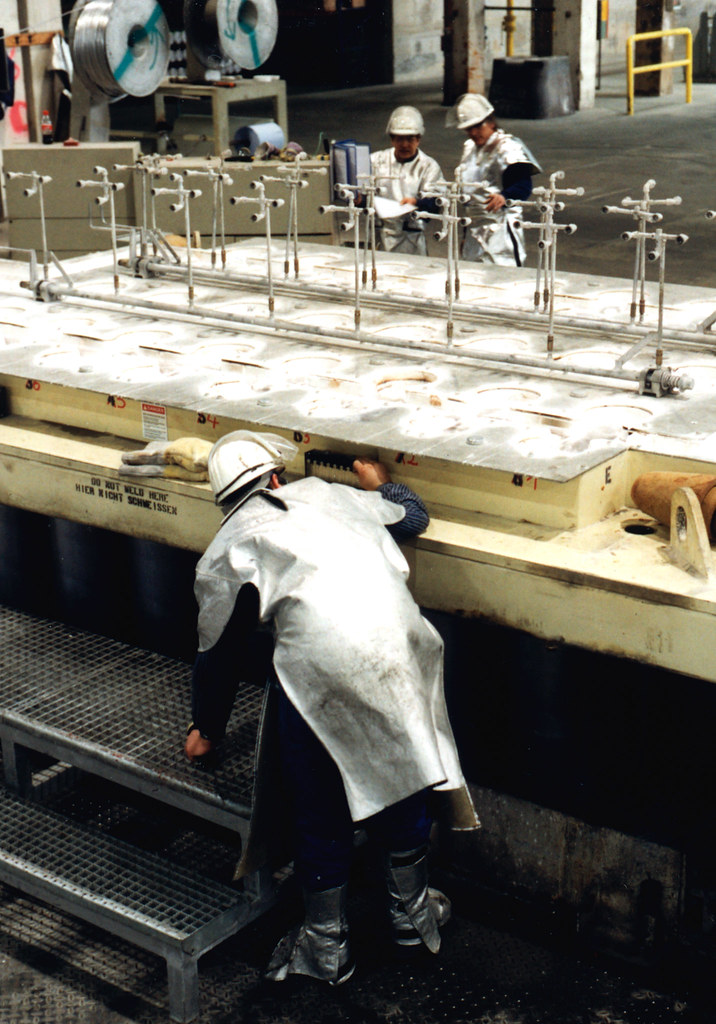 The low melting point of aluminium allows the use of a permanent mould, made of steel, to make castings. In die-casting, an injection piston pushes the liquid aluminium into the mould cavity and then compresses the part during solidification. Typically, the liquid metal reaches up to 60 meters per second and the pressure applied can reach up to 800 m bar during solidification. To contain pressure on that part, the moulding press keeps the mould closed with a closing force that depends on the size of the cavity and pressure of the piston. The smallest presses have a 1000 kN capacity while the largest have 35000 kN (3500 T). The press force is therefore directly related to the projected surface of the moulded part.

The die-casting process occurs in 6 phases: liquid metal transfer, the injection approach phase, rapid injection, intensification, ejection and mould lubrication. Each step is optimised to maximise the production rate and minimise the number of rejected parts.

There are three variants of this process: 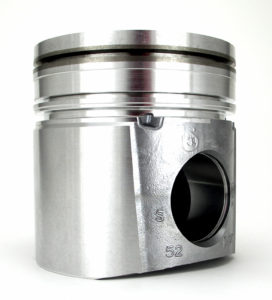 This process has a fast rate of production, which lowers production costs and allows us to approach mass markets such as the automotive industry. The rapid cooling provided by the metal mould produces an excellent metallurgical structure on the surface called the skin, which contributes to obtaining good mechanical properties. Surface finish and dimensional tolerances are flawless. On the other hand, design freedom is limited to the opening axis of the mould. The process is low in labour but high in capital and tooling costs. For large production runs of more than 10,000 parts, the die casting process offers the lowest production cost per piece among the foundry processes.

The major disadvantage of that traditional process (where no vacuum is applied in the cavity) is the presence of porosity at the centre of the die-cast parts. This is due to the air trapped during injection which causes blistering when the part is heated and do not allow standard solution heat treatments to achieve optimal mechanical properties (T6); this phenomenon also limits the use of welding or the application of certain baked paints. Fortunately, mechanical resistance is ensured by the skin of the casting, which means that many traditional die-castings are still successfully cast by this method, representing more than 50% of the aluminium castings produced. In traditional die-casting, secondary (recycled) alloys are often used, with a high proportion of alloying elements (iron and zinc) which give good mechanical strength despite an elongation of less than 3%. A type T5 heat treatment is used to increase the mechanical strength of die-cast alloys without causing blistering of the parts.

Outstanding part quality is obtained by using vacuum in the cavity to reduce the presence of trapped air and by real-time control of the casting cycle. The high-vacuum (<50 m bar) pressure process combined with the development of low iron content primary alloys (primary melting) allows maximum elongation at break. It makes heat treatment possible for parts dedicated to structural applications. These developments are motivated by the lighter weight of land vehicles, and vacuum die-casting provides the ideal solution for a high-speed casting process for structural aluminium castings. The development of this process and dedicated alloys is currently the most active in the foundry industry.

This post will continue in part 2 in our next publication. Stay posted and remember to leave your comments below.