Beers which you should and shouldn’t be drinking

There are more than 7,000 beer breweries in the United States, so chances are that when you head to your local spirits shop or grocery store, you’re confronted with an embarrassment of options. But how does one choose which six-pack is most worthy of their precious fridge space? It’s not easy.

It’s not too surprising that there are so many varieties to choose from. We have evidence that humans have enjoyed beer since about 3400 B.C., and the first written instructions for making beer were recorded by the Sumerians in 1800 B.C. That’s a lot of time to try a lot of different recipes.

That doesn’t mean that we’ve perfected the art form of creating the perfect brew, though. Just as important as knowing which beers to try is knowing which you shouldn’t buy. This guide can help you learn more about beer and discover new lagers and ales you’ll love, from classic IPAs to green-tea infused brews. It will also spare you from those disappointing moments when your first sip brings a frown instead of a smile, or (even worse) a look of derision from your liquor store clerk.

Here is a list of beers that you should drink :

If you want to start exploring craft beer but aren’t sure where to start, Allagash White Ale is a good bet. When the Maine-based Allagash first came out with their white ale, it was one of the few Belgian-style cloudy ales being brewed in the states. Now, Allagash serves as the perfect stepping stone for those who like beers like Blue Moon and Shock Top, but who want to start exploring the wider world of white ales. Allagash White has been ranked as one of the best American wheat ales in the country, and it’s easy to see why. The beer is a little cloudy, a little malty; it has notes of mouth-puckering citrus and Curaçao orange peel, but never tastes too sour; and it has a warm spice profile thanks to the addition of coriander.

Smuttynose Finestkind IPA is a classic New England-style IPA that primarily uses Simcoe, Santiams, and Amarillo hops for a balance of citrus and bitter flavors that make this style of beer so distinct. Finestkind is unfiltered and hazy, which is also classic for east coast IPAs. The body of the beer is refreshing and light, which helps to keep the intense hoppy bitterness from overwhelming the other tastes and aromas in the glass.

Sugar Hill Golden Ale, named after a neighborhood in New York made famous by musicians during the Harlem Renaissance, is the flagship brew of the Harlem Brewing Company. When brewer and company owner Celeste Beatty first moved to Harlem, she became involved in community gardening, and that’s when she fell in love with growing hops. When she combined her newfound interest with an existing passion for cooking with beer and wine, Harlem Brewing Company (HBC) was born — the first African-American owned brewery in the country.

Beers which you shouldn’t drink :

There is such thing as too much of a good thing, and while Ballast Point’s Sculpin IPA is a reliable classic, the brand itself has suffered since being bought by Constellation Brands in 2015. That’s unfortunate for the new owners, who purchased Ballast Point for a whopping $1 billion. One of the problems is that, instead of sticking to their roots as an innovative IPA-maker and shifting to more East Coast-IPAs like a lot of their competitors, the brewery hopped on the fruit beer trend, damaging their reputation among beer-lovers in the process. That’s because, frankly, a lot of their fruit beers aren’t any good (the Watermelon Dorado and Mango Even Keel come to mind).

If you started drinking Blue Moon as a nice alternative to the ubiquitous Bud Light, you’re not alone. It turns out a lot of people use Blue Moon as a gateway into the world of better beer. And while Blue Moon itself isn’t bad per se, it’s also not one of the most interesting beers on the market. Blue Moon has also come under fire in the beer community for misleading consumers about whether or not it is, in fact, a craft beer. Though owned by MillerCoors, the company has marketed itself as craft and even won a lawsuit saying it was okay to present its beer as a craft brew. The Brewers Associate doesn’t agree, which has caused some bad blood in the industry, and we’d rather not have our beer caught up in all this drama.

Bud Light is the most popular beer in America, and we’re not denying that there are a time and place to crack one open. It’s a fine beach beer (a little sand won’t ruin a beer of this quality), and it’s certainly thirst-quenching on sweaty summer nights at the bar. 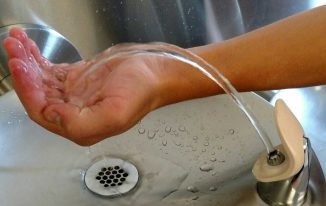 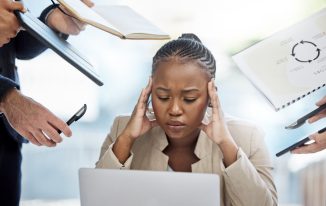 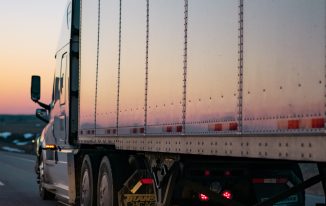