Psychological makeup relates to the function of the brain where the latter reacts to different and appealing forms and faces. The design set for the brain to see how makeup changes the perception rather than believing the facts.

The ancient Egyptians used to create the world’s first cosmetics to hide pores, smooth complexions, and turn the pale green of your eyes to a vivid shade of emerald.

It’s no wonder that makeup has been an integral part of our daily routine for thousands of years. Whether Cleopatra touched up regularly or that Selena Gomez tries on the nude look, we were always fond of and updated about makeup. 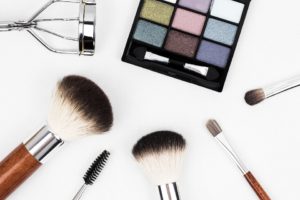 Wearing makeup can change someone’s perception of you, and it can be long-lasting. Makeup is now unisex as compared to before when men were considered to be rough and vile. Appealing faces and attractive outfits are the two main things that people look for in others.

Makeup changes a person entirely; from a shy person to a confident one, both women and men have acknowledged that they have gained confidence in themselves after wearing makeup. There are numerous studies going on in order to understand why makeup is important in the visualization and portrayal of women and men in the 21st century.

While we continue to challenge the beauty ideals being shaped by advertising and pop culture, the new generation is being brought up to the idea of innate beauty standards from their tender childhood.