Buildings that shine, homes that transform … The globe is full of constructions that surprise those lucky enough to visit them thanks to their unusual design and unique characteristics. We collected ten of these incredible places, some of them already constructed and others still to be finished.

#1. The Towers That Change Colour

The Zhejiang Towers are a pair of skyscrapers that will begin construction in Hangzhou, China. Devised by the Laboratory for Visionary Architecture (LAVA) and a design reminiscent of the now-defunct Twin Towers, these two buildings will be covered with different coloured glass reflecting light. A characteristic that will delight those who observe them live will see how they change colour depending on how they see them. If you are looking for durable, strong, and aesthetically pleasing coloured, Interlayer Solutions has what you need.

#2. The Airport That Ripples in the Air

The Brisbane Airport car park often impresses first-time visitors with its walls, which seem to move like waves. The facades of this structure are covered by 250,000 square perforated aluminum panels that sway in the wind, causing the surface to change and move according to the current. In addition, some of these squares are darker, creating a shape that represents the curves of the Brisbane River, which crosses the city and from which this design by American artist Ned Kahn and Hassell Architecture studio is inspired.

#3. The Library That Shines in the Shape of a Diamond

Since its inauguration in 2006, the new National Library of Belarus is one of Minsk’s landmarks. Shaped like a 23-story diamond, the building seeks to symbolize the enormous value of the knowledge stored in the books it contains. During the day, its 24 faces shine like a diamond. And at night, when the effect created by the light wears off, 4646 LEDs make it a multi-coloured landmark.

#4. Culture in an Intricate Multi-Coloured Web

In China, the Center of Culture and the Arts of Suzhou has a curved facade, similar to a spider web, which also changes colour. Against the gray of the day, at night, purple or orange are the primary colours in this design by Paul Andreu, one of the most photographed icons in the city.

#5. The Building That Speaks of Time

Located in Melbourne at 888 Collins Street, this building designed by the Ramus studio, due to be completed in 2017, is intended to be a tribute to Melbourne citizens’ importance to the climate. For this, 250,000 lights will create different visualizations that will reflect the weather at the moment: rain, fog, sun, etc. In addition, for half an hour, its facades will become a kind of meteorological bulletin thanks to the combinations created by its rows of lights that will indicate the temperatures and the expected phenomena for the next day.

Still, in the design phase, the tower conceived by the Kinetura firm will have a futuristic façade built with a material that will automatically respond to sunlight, closing or opening in the same way as a flower. Closed, it would have the appearance of a typical building, but ‘flowered’, with the flexible elements open, it will appear wavy.

#7. The Origami House That Transforms with Each Season

There are houses designed for cold climates and others designed to keep the heat out. However, the house designed by D * Haus Company can adopt eight different shapes to adapt to different seasons and weather events. Inspired by origami, art of Japanese origin to create original forms by folding paper, its exterior walls are folded, making the interior walls, made of glass, transform into facades. In addition, the doors are transformed into windows and vice versa.

#8. The Building That Is Controlled with the Mind

Known as the “brain cabin”, this installation is an approach to futuristic architecture. Created by the Ozel Office studio, the structure changes shape and colour depending on the brain waves of the person who visits it, monitored by a device.

#9. The Facade That Transforms with the Sunlight

The Kiefer Technic Showroom is a building located in Austria that features an automated panel layout. Compared to most buildings with very static configurations, this center designed by the Giselbrecht + Partner studio has 112 metal tiles that cover its curved façade and are readjusted according to changes in light and the wishes of its users.

#10. The House That Is Shown and That Is Hidden

Located in the south of England and with a design reminiscent of some villain’s secret lair, Villa Hush Hush rises to hide among the trees when its inhabitants want to go unnoticed. Conceived by the Marks Barfield Architects studio, it can also raise two of its sections more than 9 meters above the ground thanks to supporting columns submerged underground.

How to Start Incorporating Video In your eCommerce Marketing Strategy

The Impact of Mismanaged Finance For Businesses 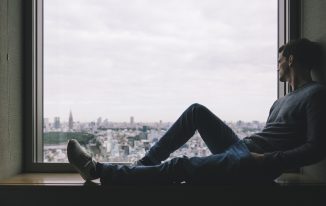 A Comprehensive Guide to Laminated Glass. 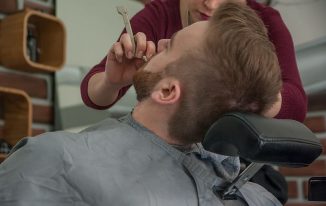 Which Shaving Brush to Choose 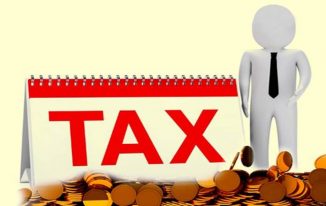 5 Reasons to Hire an Accountant to Do Your Taxes