If we think of rich countries, the first that comes to mind is Switzerland. The Alpine country is famous for its high level of stability and well-being. In this article, we look at the top reasons why Switzerland is so rich. Switzerland was an emerging country only 150 years ago. It was an agrarian society, and its economic level was similar to Italy, Spain or Portugal. Even though Switzerland has practically no natural resources and is surrounded by mountains, it is one of the world’s wealthiest countries. Switzerland shows that, with the right conditions, any country can prosper.

There is a lot of ignorance about the Swiss economy. Switzerland is often said to be rich only because it helps hide black money, and it took gold from many people (including many Jews and Nazis) after the Second World War. Obviously, this is absurd. Many countries throughout history have plundered others and are not prosperous today. Switzerland has one of the most advanced and value-added economies in the world. Although its taxation is attractive, it is not a tax haven. Switzerland shows that you can have a first-rate welfare state and infrastructure without taking as much money from its citizens and companies as is usual in most Western countries. So there is no question that Switzerland does a lot of things well. Looking at them could help many countries prosper. So let’s look at the reasons why Switzerland is so rich.

The Swiss country is one of the countries with the most significant legal security in the world. Citizens and companies around the world trust Switzerland and its institutions. The laws are clear, change little and are enforced. Thanks to that, Switzerland can attract a lot of capital. This capital fulfils two essential functions. In the first place, business capital serves to develop the productive fabric of the country. Companies are not afraid to invest in Switzerland, and as such, this creates jobs.

Second, high legal certainty makes it possible to attract many wealthy individuals from around the world. While bank secrecy is no more, Switzerland is still a great place to have money. Why? Well, because you know that the Swiss government would never dare to expropriate it. And that helps the country’s financial sector, creating a multitude of highly paid jobs.

Although Switzerland is not a tax haven, it does have a much more attractive tax system than other Western countries. Qualifying Switzerland as a tax haven is a propaganda act, typical of a politician who wants to take half the salary of workers in his country. Switzerland enjoys both a welfare state and top-notch infrastructure. And it manages to do so with much lower tax rates than its neighbours. The general VAT rate in Switzerland is 7.7% (19% in Germany, 21% in Spain). Its income tax rates, which depend on the canton, are significantly lower, with most of its workers, who tend to have very high wages, paying between 15 and 25% of their salary in taxes.

The average type of companies is between 12 and 22%, depending on the canton. And the tax equivalent to the property transfer tax for the purchase of a home is between 1 and 3%. As for inheritance tax, it must be said that it is highly complex and depends on the canton and the relationship between the deceased and the heir. However, the average effective rate in 2019 was 1.4% of the inheritance. Despite having much lower tax rates, Switzerland has a tax burden of 27.8% of GDP. That contrasts with a pressure of 37.3% in Spain. Why is the difference so small? It is worth noting the unemployment rate (4% vs. 16% pre-crisis), the percentage of adults working (81% vs. 64%), and the wage differences derived from the economy’s productivity.

Check out the second part of this article for more interesting reasons!

Top Reasons to Run a Background Check Before Tying the Knot 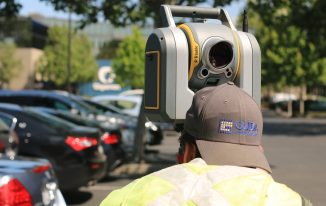 How Are Die-Cast Items Created 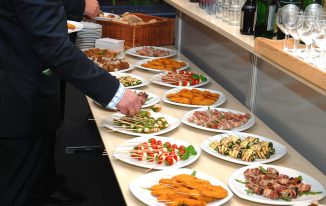 The Benefits of Moving Your Catering Business Online